Dr. Martin Luther(1483-1546) who had met Guru Nanak Dev Ji in Europe says this about him before meeting the pope.: in the following work:

The Roman Conclave(meeting of the Cardinals) confirms that “Nanac” (Nanak) went Rome and other Nations.This confirms the Papal Brief of 1518. Leo-X and all the cardinals have a clave(Religious meetings of cardinals). In that clave Leo-X, instructed all the christians to follow the footsteps of Nanac, ” Common Father of our race”. He instructed all the christians to thank Nanac for his practical help in Italy and elsewhere in the world.The Catholic Pope underlined Nanac’s starting Liberty of human slavery in Rome.This conclave was printed in 1609. Earlier it was a Roman manuscript

The Vatican FINALLY confirms the visit of Il Prima Guru Dei Sikhs, the first Guru of the Sikhs.

Ufficio Papa (office of the Pope) confirms about Satguru Nanak Sahib visit to Rome and other towns of Italy (by courtesy of Pope Benedict-12 and his Arch-Bishop, Dom Jose Ronaldo Rebeiro dated Feb 27, 2013).

Arch-Bishop Dom Jose Ronaldo of Pope Benedict-XII, speaks about Satguru Nanak Sahib visit to Rome with a musician, in 1518 AD, and Satguru stayed in Mussoleum-F of Old St.Peter’s Basillica. Satguru advocated to Leo-X, (the Pope) “Liberty of Slavery”.

He told the Pope that nobody has the right to enslave others.

Almighty Satguru told the worthy Pope that every human being has the same blood in his or her veins. Satguru discussed in detail the “Missionario Humantario (Universal Human Mission). [by courtesy of Ufficio Scavi, Vatican, Rome, dated March 2, 2013]

Meaning thereby, Saint Satguru Nanak Sahib, the First Guru of the Sikhs, with a musician, came to Rome and others towns of Italy in the last week of May, 1520 [by courtesy of the office of Scavi (Ufficio Scavi) Saturday (Sabato), dated March 2, 2013]. 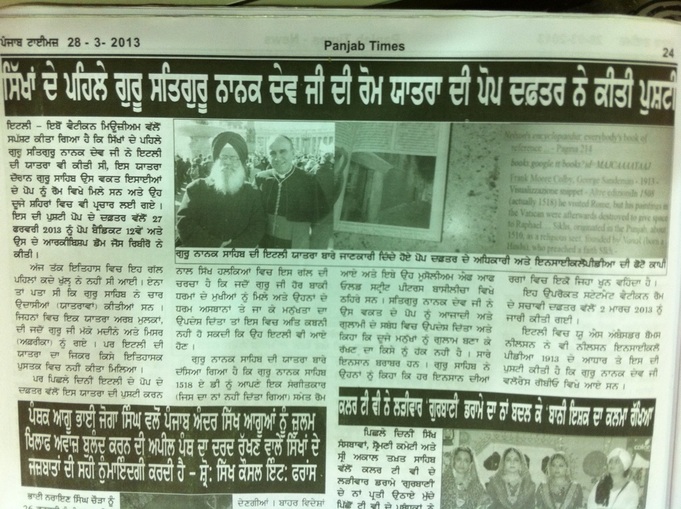 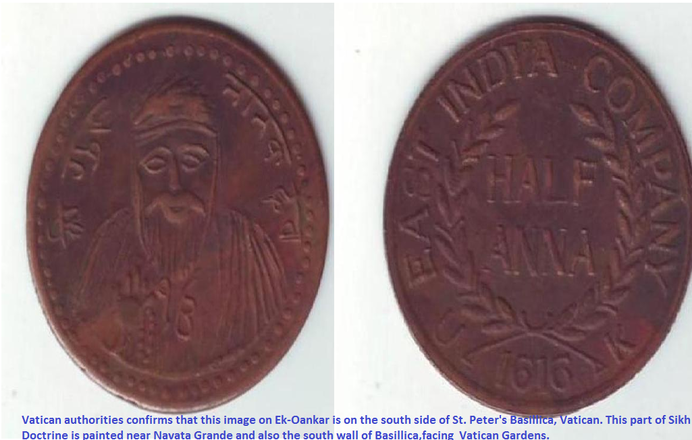 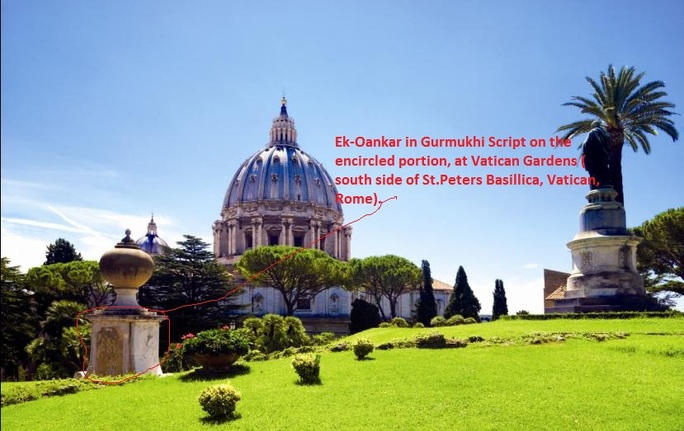 Ek-Oankar in Gurmukhi Script and Inscription of Satguru Nanak Sahib’s arrival in Rome and other towns of Italy with a musician.This inscription is in old Italian ( by courtesy of Vatican Museum and Fabrica of Vatican (Ufficio Scavi).