A video was released in Punjabi to inform the parents that to keep an eye on their child to prevent him/her from joining the crime world. The Canadian national agencies have shifted their focus towards the Punjabi community as 33% of all gangs in Vancouver area are Punjabi gangs. The gangs are led by surnames such as Dhaliwal and Grewal.

Recently, the agencies have formed special task forces to target Punjabi boys to stop them from becoming part of the drug world.

The police do not directly blame Punjabi music in contributing towards gang violence: 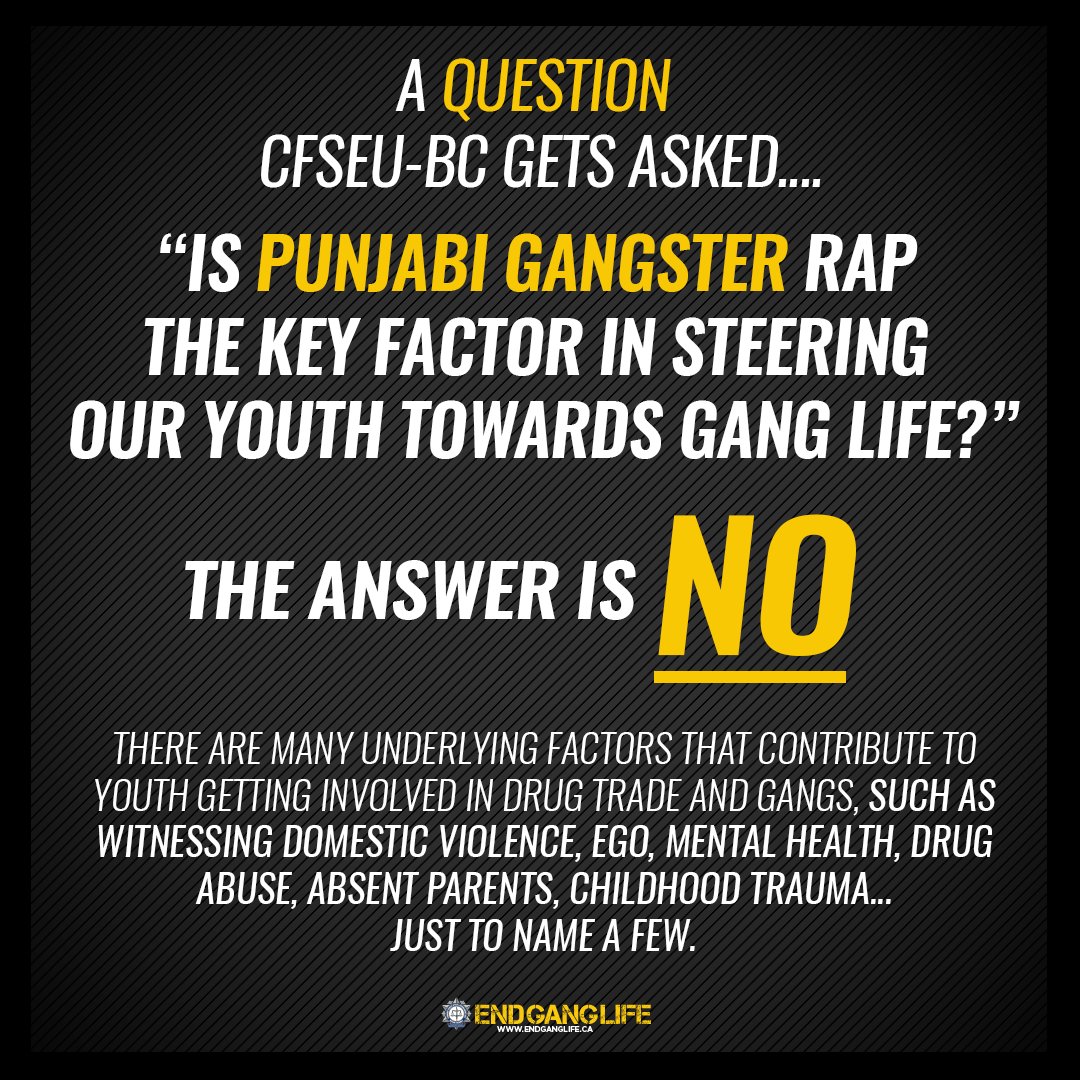 If you think your child or someone you know is at risk or involved with gangs or organized crime, there are resources available to you. Remember, the community stands with you. Contact the Gang Exiting and Outreach Program via email or phone now.