A specially made sword was given to Takht Sri Harmandir Ji Patna Sahib worth 1 crore. Via: Sikhnet

January 7 Patna–Sikh Dharma International gifted a diamond-studded sabre with a silver hilt at Takht Sri Harimandir Ji Patna Sahib, the birthplace of Guru Gobind Singh, during the celebrations of the 350th ‘Prakash Utsav’ or birth anniversary of the 10th Sikh master, one of the group’s leaders said on Saturday.

The ‘Khalsa Raj’ sword presented by the Sikh Dharma International (SDI) is plated in 24-carat gold and cost more than Rs 1 crore. 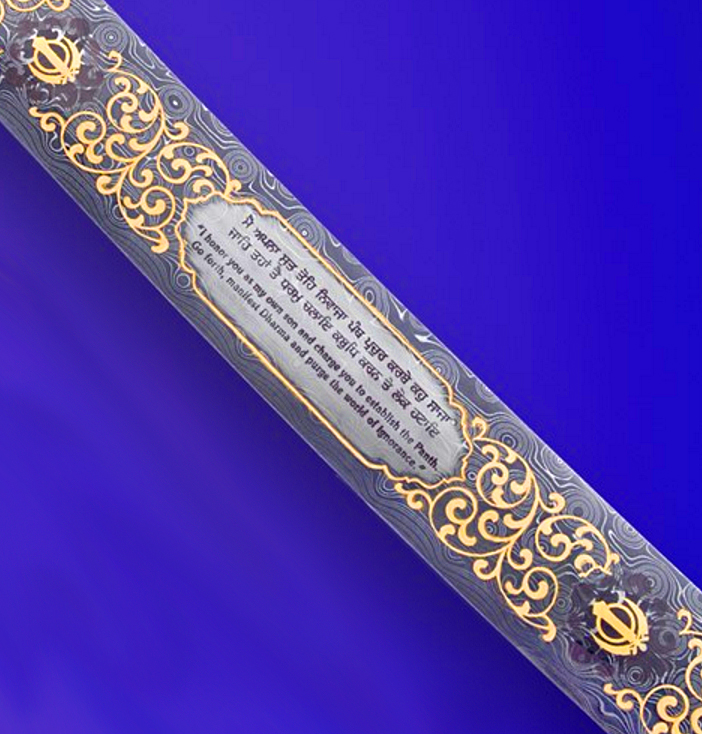 Hymns from the Sikh scriptures, both in English and Gurmukhi, have been engraved on both sides of the sabre.

The sabre was crafted especially for the celebrations held at the gurdwara near here from January 3 to 5, Bibi Inderjit Kaur — one of the leaders of the SDI delegation — said. 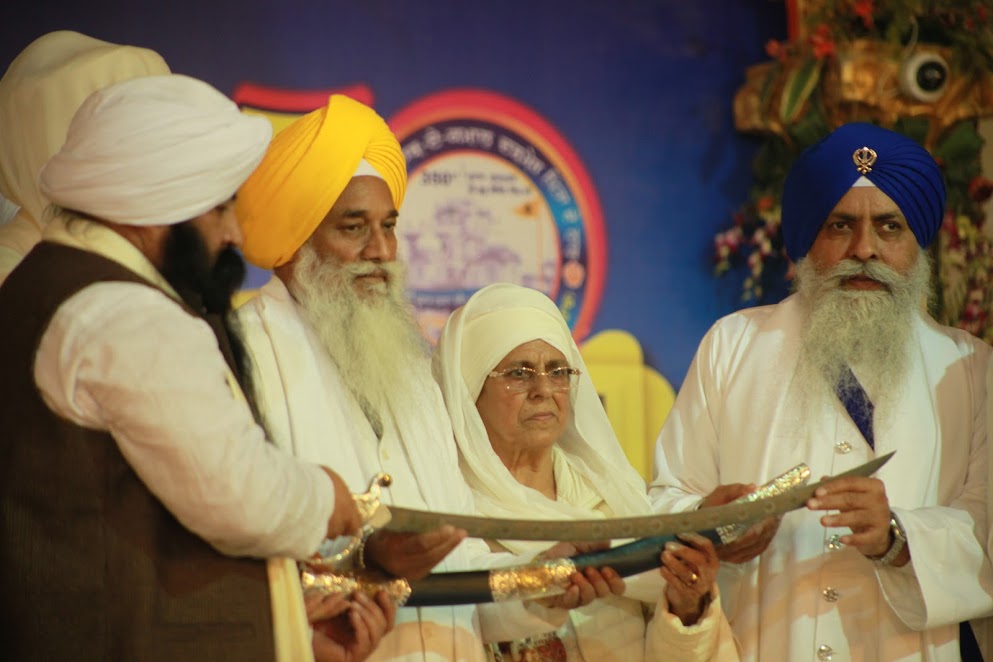 She said the sabre was a big attraction for thousands of devotees who thronged the celebrations from across the country and abroad.

The American Sikhs associated with the religious body showcased their skills with ‘gatka’ (Sikh martial art) during the celebrations, she said.

A delegation of more than 125 American men, women and children associated with the Sikh Dharma International visited gurdwaras in Patna and nearby Takht Sri Harimandir Ji Patna Sahib to pay obeisance.